This tech article is written by Luis Sola of APS Service Centre Frankston.
Luis is well respected in the tuning community and has offered to write this article for everyone.

By now we are all too well aware of the benefits of cold air entering an engine, you know, the denser cold charge which allows the engine to make lots more power (if you read the sales blurb from most cold air intake manufacturers you’ll be well versed). The old “On a cold night the car has WAY more power, pulls stronger” …well it is true.

On normally aspirated cars, a cold air intake can and does make a world of difference.

What is not so commonly known is the opposite side of the coin:
What actually happens when the intake temps go up…and up…..and up…?

On a normally aspirated engine we can and will sometimes see intake temps as high as 50-60c. Why ?  Easy, engine bay heat soak.
On a factory normally aspirated engine the ECU will begin to retard ignition timing due to intake temps from approximately 30c and increase the amount as the temp rises to a total of up to -10 degrees off the total commanded number once above 80c . 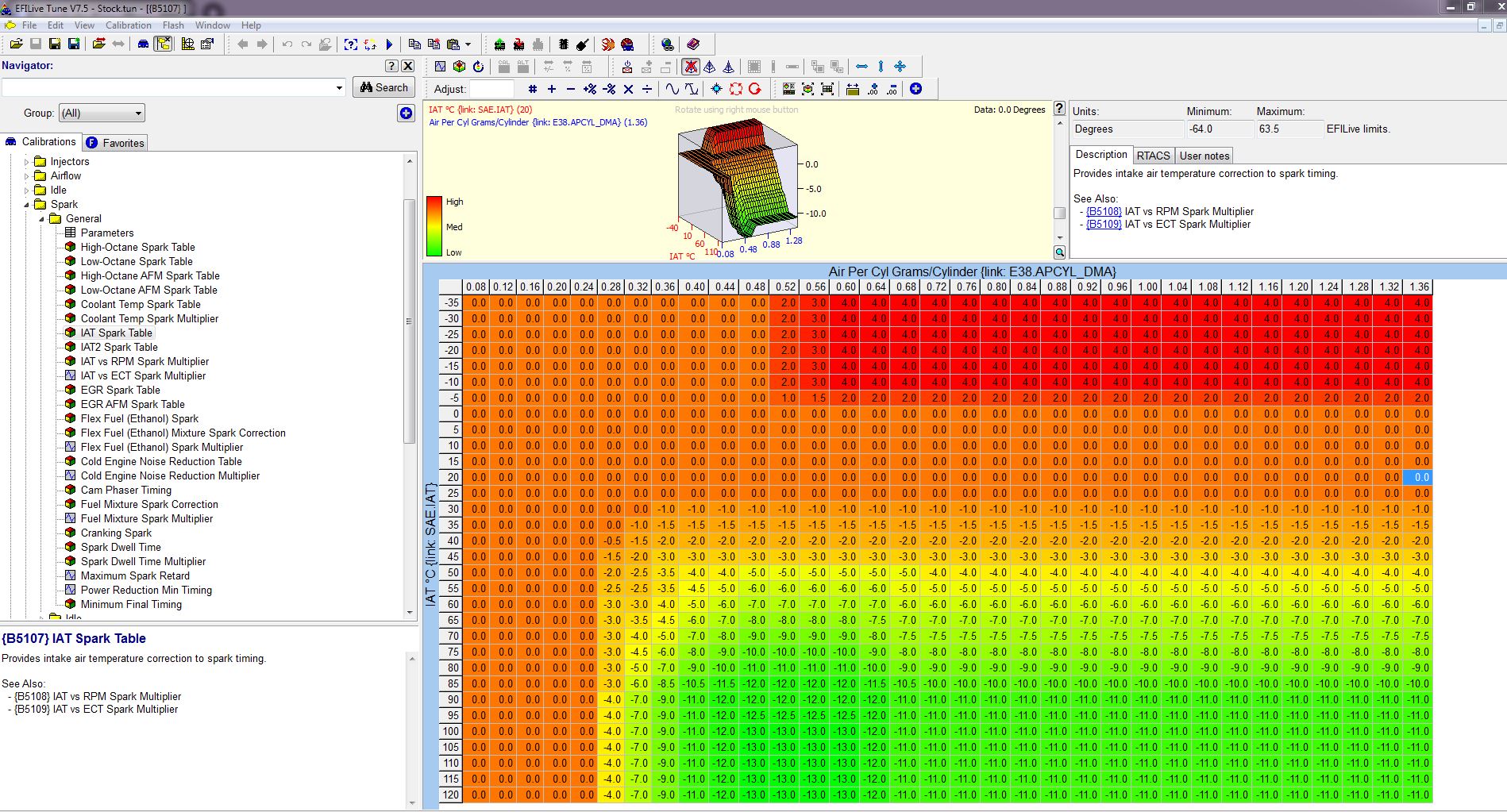 As the IAT rises, the risk of “pre-ignition”  increases exponentially.
The hotter the IAT is, the easier it is to start an alternative ignition source.
We need to keep in mind, manufacturers are required to meet stringent emission standards and amongst the worst things possible for them is a knock event.
Knock is hugely detrimental to an engine, but it is also an uncontrolled ignition event which propagates a missfire, which as a side effect pumps out clouds of unburnt gases, the main one being NOx (smog)…..ERRRR –  immediate test fail.
You’ve probably seen videos of cars going down the strip and they’ll let out little puffs here and there the whole way down, good chance that’s knocking.

One of the ways manufacturers combat this is to use very aggressive IAT spark retard tables to completely lower the chance of knock should the engine be run into a condition where the intake temperatures start to rise for whatever reason.

I won’t go into too much knock detail, but if I need to explain knock any further you should probably not be reading this and getting on Google to find the description!

Enter the Supercharged vehicle…….
Now the game changes a whole lot, as we have a belt driven “air pump” sitting directly above the engine, which in 99% of the applications is directly bolted to the cylinder heads which are generally sitting around 90-100deg C at operating temperature.

Now these “air pumps”  (or superchargers as more commonly known) compress air and shove it into the engine. Simple physics shows that a byproduct of compressing air gives off heat. The hotter the IAT is, the less dense the air that is getting shoved into the engine becomes and the more that the Ignition timing amount becomes that has to pulled to avoid the dreaded knock event. With that in mind, have a think of what happens then when you go fit a boost pulley to make more boost to say an LSA supercharger. 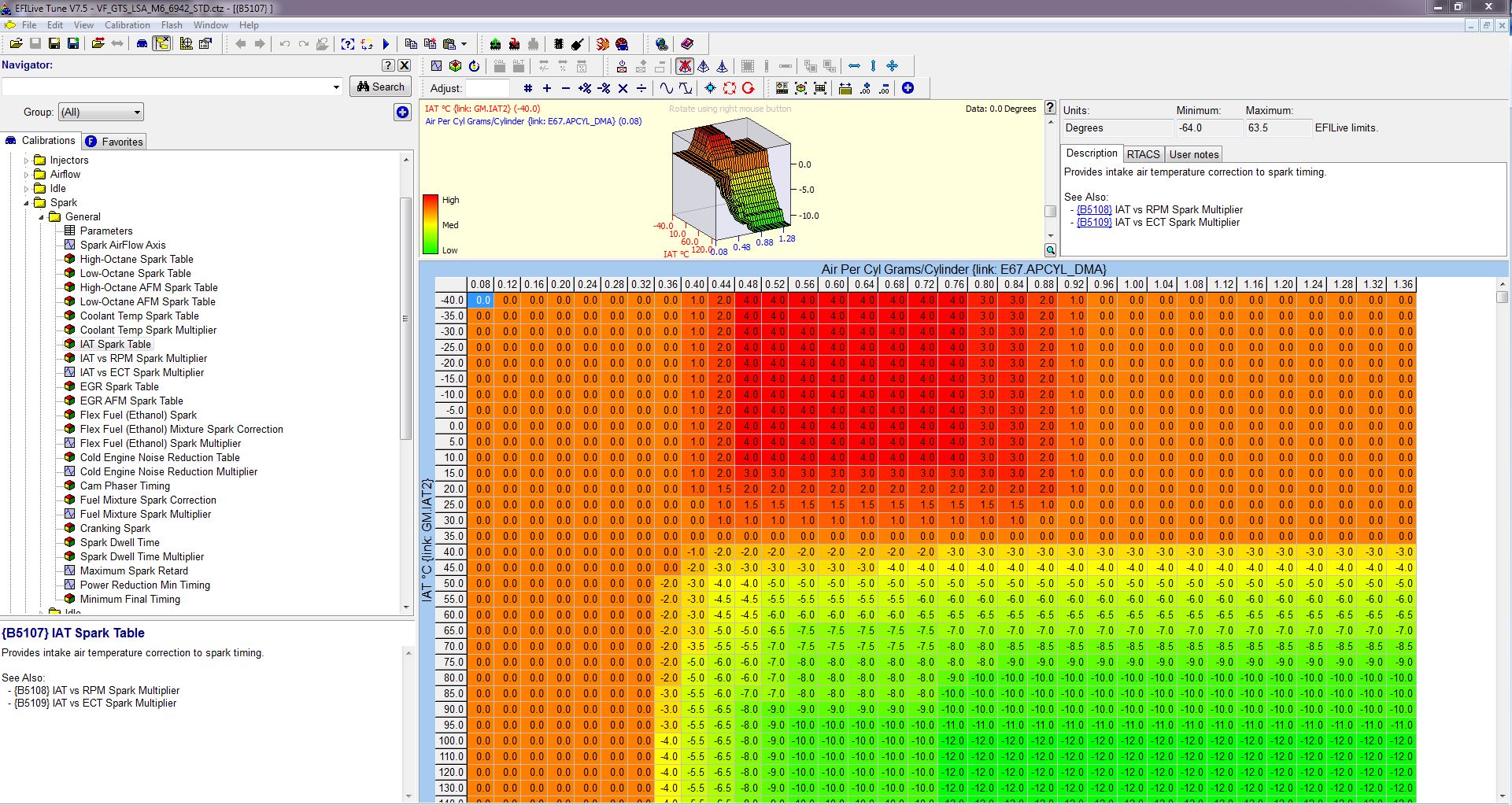 As the supercharger spins and gets hotter, it relies on the heat exchanger and the circulation of water within it to dissipate as much of the heat as possible.

In this instance we are looking at an LSA which from factory already has a less than ideal water to air intercooler setup – you are spinning it faster to make more boost which equals more heat..the small capacity of coolant water gets hot, the IAT rises and the timing has to be retaded in order to keep the engine from the dreaded knock.

Here is a screenshot from a log file of a VF LSA I remotely tuned last year which competed in a 1mile dash, look at the intake temps as he crosses the line.
We started with 20 deg total ignition timing but crossed the line with 15 deg, a HUGE loss of power. 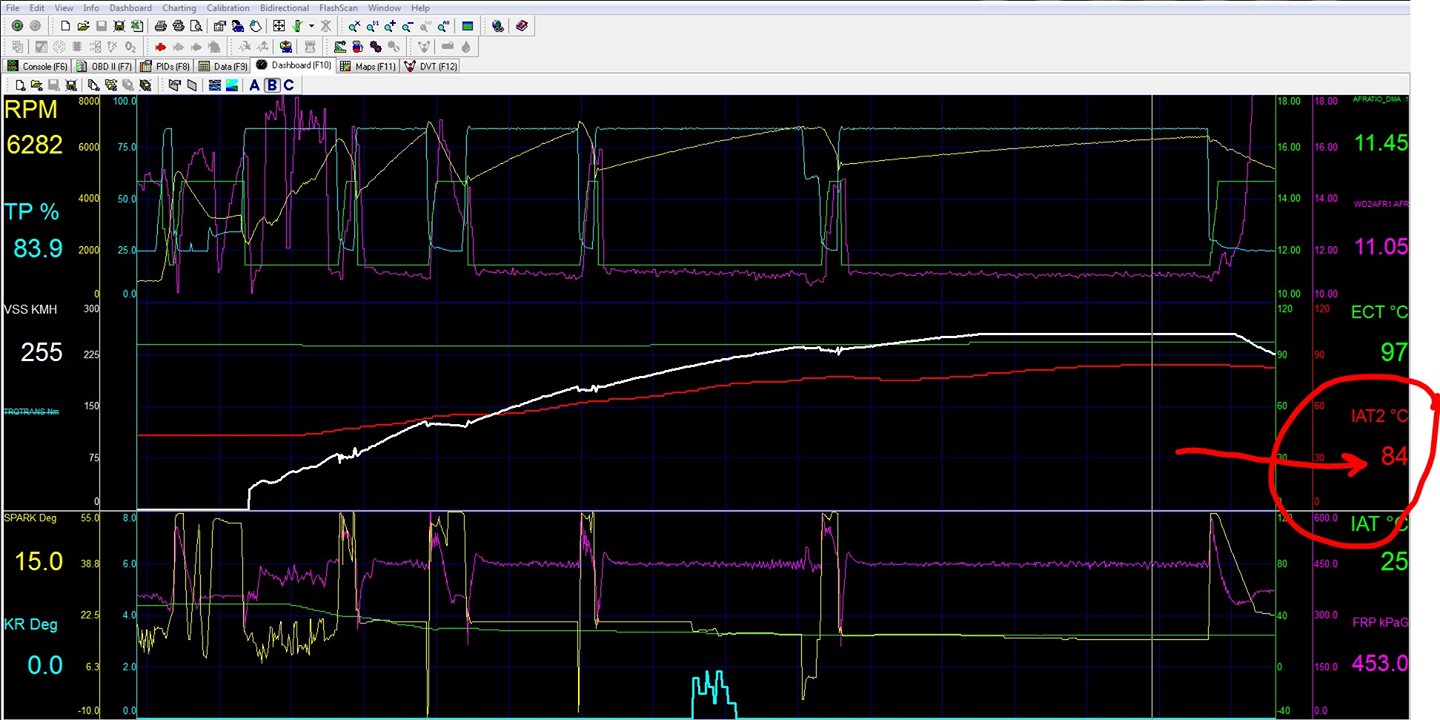 Knowing well the side effects of high IAT ‘s, not to mention the effect of knock on an engine most tuners will make some concessions to these maps…the sad part for us is that reducing 2 degrees of ignition timing can be as much as 30rwhp on a supercharged car like this, but we are stuck on what we can do in order to let the engine live.

Genereally, we’ll do this:

1/ We command a richer mixture under wide open throttle  – extra fuel in the combustion chamber helps lower combustion temps and this lowers somewhat the chance of knock.

2/ We remove a calculated amount off the total ignition timing from this IAT spark map, which lowers the total output but lessens the chance of knock.

Always a compromise, can never get to use the full potential of the forced induction setup.

“Tuning a supercharged street car is always a compromise and as such we can never get to use the full potential of the forced induction setup”.

Forced Induction Interchillers have developed a line of goodies for the LSA, things like thermal manifold spacers that lower the temperature transfer between the cylinder heads and the supercharger base, larger intercooler tanks which gives us a greater amount of “coolant” to flow cold water through the supercharger cores, lid spacers which also improve the air flow through the said core. And finally the now well known Interchiller, a concept that Chrysler is currently using on their Hellcat in an OEM environment.

Colder water to the intercooler means cooler intake temps, to the point where a supercharged car will show intake temps as cold as or colder than a normally aspirated car. This allows us as tuners to extract the absolute most out of the combinations we’ve pieced together, and as results show Interchiller equipped cars are generally the “fast ones” at the drag strip, and for good reason.