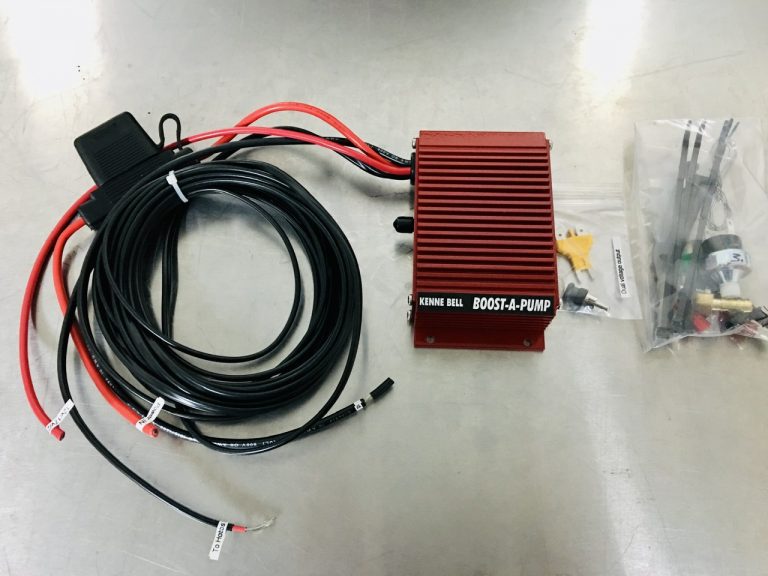 We wrote this install guide below on the HSV forum a few years ago and since the forum keeps going down, we have made it a tech article on here for you guys to use.

Who requires a fuel pump booster?

Firstly we do not even sell these kits so this information has no financial gain for us other than giving you the facts regarding the factory LSA fuel system and it’s limitations:
On the stock camshaft if you are running any more than 14% over drive you will run out of both injectors and fuel pressure, eg 18% on the stock camshaft and stock injectors you will be out of both fuel pressure and injector. In terms of HP or KW this is going to be if you are making anything above 520rwhp/387rwkw (some dyno’s read differently so the more accurate measurement is anything above 14% over drive on the supercharger with the stock camshaft).

So for those people out there who have a cam and boost upgrades if nothing has been done to the fuel system YOU WILL BE DROPPING FUEL PRESSURE. Adding larger injectors will simply create larger holes, which will actually drop fuel pressure even more and can create issues with going lean in your tune/engine along with not spraying the back of the valve properly with fuel. You must understand the way in which the fuel enters the fuel rail, all injectors will gobble up the fuel prior to the last injectors on both banks. When tuning we all tune off the average AFR so this lean cylinder isn’t known it is lean since the other cylinders on that bank are giving you the correct average AFR, when in fact 1 injector per bank (sometimes more) are just not getting enough fuel and running lean. In addition since fuel line pressure is too low, injectors at the most reward position on the fuel rail can receive far less fuel than those nearest to the fuel entry point to the fuel rail. It’s sad to be saying this as a very large number of people/mechanics especially in Australia do not seem to log fuel pressure, they seem to only log injector duty cycle. When they see duty cycle get too high they add bigger injectors (larger holes) and this simply put doesn’t fix the problem, stealing more fuel from the ones that are at the rear of the rails.

If you did log fuel pressure you would already have a booster pump or return style fuel system on your modified LSA….this is similar to someone falling over out the front of the shop checking if they are breathing but not checking for a pulse….LOG FUEL PRESSURE your customer is now educated.

Almost nobody who modifies the LSA engine for more boost goes for the small 14% over drive on the stock camshaft this only increases boost from 8.7psi to about 10-11psi (on the stock cam). As said anything above this or with a camshaft you need to upgrade the fuel system.

What if you ask your mechanic about this?

We are just the messenger on this, they are likely to say it’s fine we don’t use that, it’s not needed, your car is fine, look at the power it makes, the fact is no it isn’t fine. Your commanded fuel pressure at idle/cruise is 50psi at wide open throttle (WOT) it is 65psi, this is the measured fuel line pressure, when you run say 15psi of boost the amount of pressure coming out of the injector when the line pressure is 65psi is (65psi minus 15psi = 50psi) your goal is to maintain proper fuel distribution to all 8 cylinders as well as a correct spray pattern which can only be achieved with fuel pressure along with cooling the back of the intake valve and of course maintaining the correct air to fuel ratio (AFR) so when the mechanic/tuner says your car is fine you don’t need a fuel system or voltage booster and you are making more than 520rwhp/387rwkw….it’s time to either educate them or find a new tuner. Any tuner that has tuned your car “should” have a folder on their laptop containing your cars tune files and log files from when they were tuning it, you can ask to see the log or you can simply plug the laptop in and watch the fuel pressure either on the road or dyno 4th gear pull to redline.

Here is an example data log circled in RED is showing you the ECU’s requested fuel pressure and actual fuel pressure: 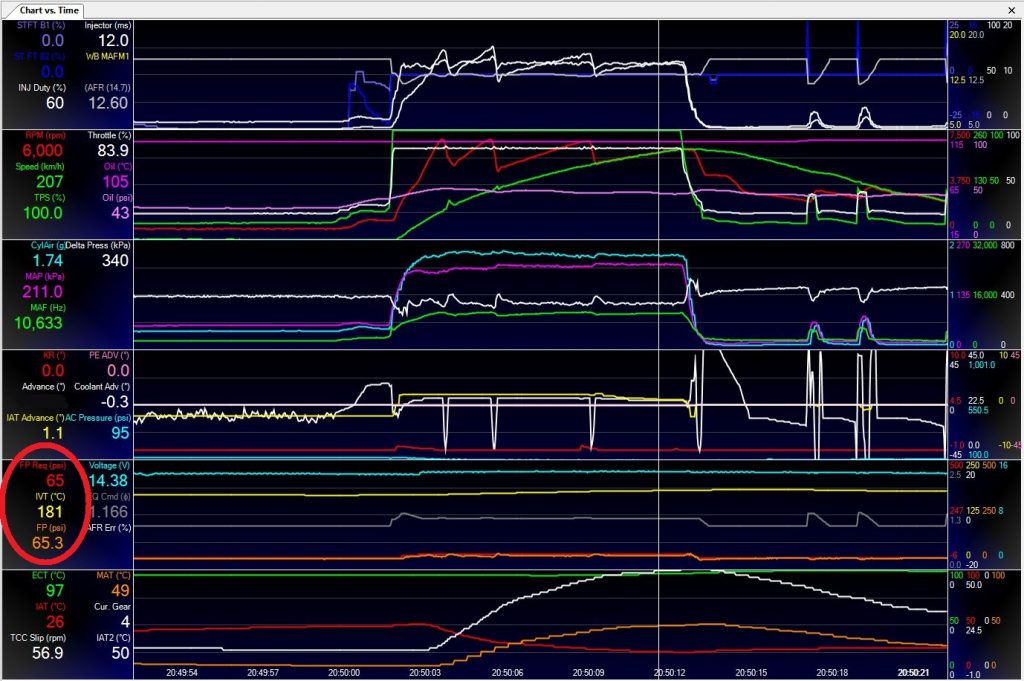 We use the kenne bell booster pump kit which includes the hobbs switch, it looks like this.
These kits come as either 17v or 20v, we were using the 17v kit the newer version is 20v.
With the 17v kit this was able to provide enough fuel for around 140mph in a VF GTS on petrol so a very low 10sec high 9sec pass.
Dyno’s can read whatever so MPH is referenced here as it’s much more factual than Disney Land/Facebook dyno numbers. 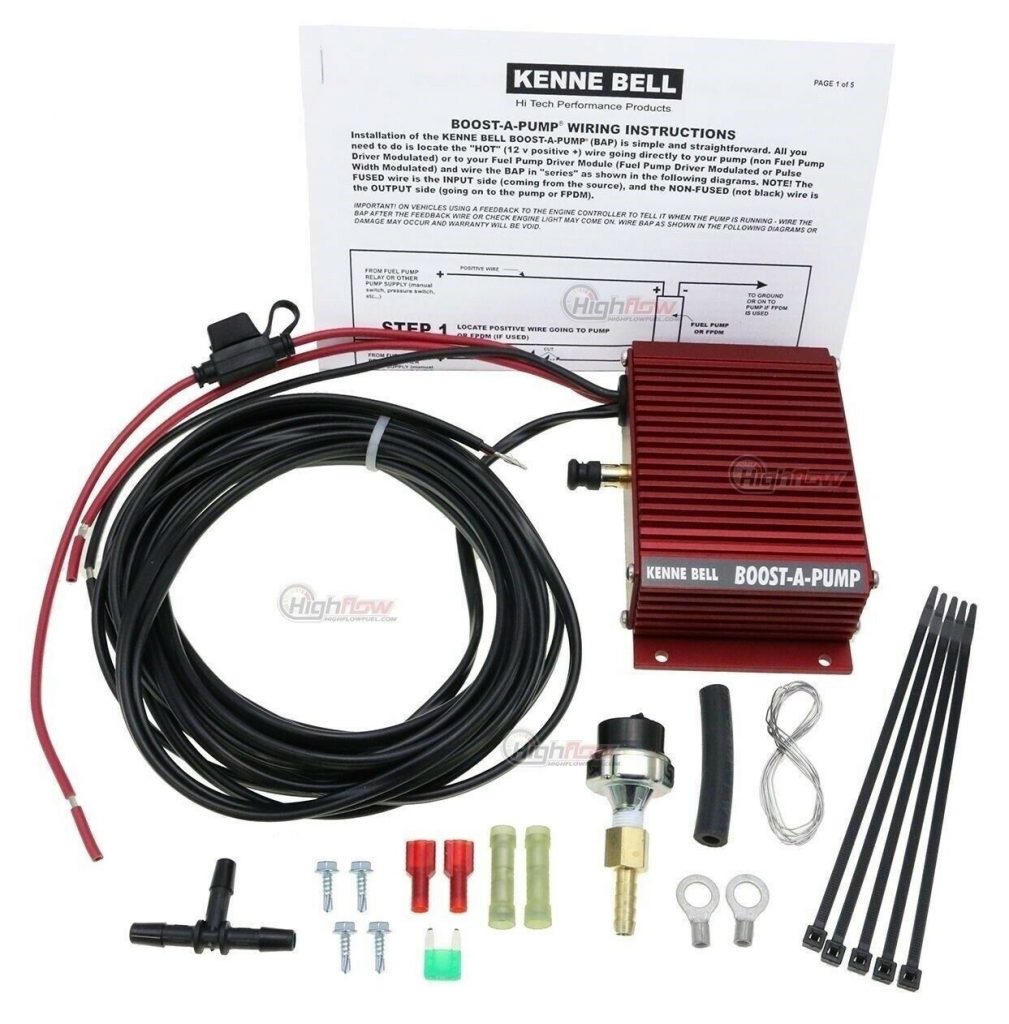 In the supplied instructions it stated to cut the FPCM wire behind the actual fuse panel and connect the 17v wire to this. We didn’t like the idea of doing it this way as it seemed a bit untidy and not well thought out. So here is what we did.

We bought a fuse socket, this plugs directly into the fuse that powers the FPCM and allows you to solder terminals onto the exposed pins.

We tested the FPCM fuse for which side of the fuse was power and which side was sending that power to the control module. We then wired the power source from the power side of the fuse socket to the BAP and the 17v source to the other side. This resulted in a very neat install and nothing on the car was cut in order to complete the install.

We never had an issue for years, some customers have used this for years as well without any issues, one customer has over 140 1/4 mile passes on his and it still works and has never missed a beat.

The install is highly easy and easily reversible, none of the connections are lose or will come out in any way.

This was much better than the suggested instructions to cut the FPCM wire that goes to the fuse and mess around with removing the fuse box in order to do it. This is also a much faster way of installing the BAP.

The hobbs pressure switch is in the engine bay and activates at 5psi, this has bumped our fuel pressure up from 45psi to 65psi now with ID850 injectors so there is boat loads of room now, the pump runs on 12v at all times until the car hits 5psi, at which point 17v is “available” when we say available it may not be used until the ECU demands/commands more pressure.

Think of this as more muscle behind the system, when it produces 17v the ECU may still be demanding 50psi of pressure it’s not until the FPCM demands 65psi it is then that the fuel system in 12v format isn’t able to keep up enough voltage to maintain 65psi so the extra muscle of the 17v is used. In essence the ECU/FPCM still has 100% control of the desired fuel pressure, you are not voltage boosting the fuel pump you are simply supplying more muscle to the FPCM it then chooses how to use that voltage.

This mod is way cheaper than a complete fuel system and the 17v is only being applied when the demand is required so the fuel pump isn’t being over supplied voltage constantly….however many US guys do wire them up for a constant 17v and we have not heard of anyone having any issues with them wired up that way, however we’d rather the voltage only be supplied when needed.

This is how we soldered the wires to the fuse socket 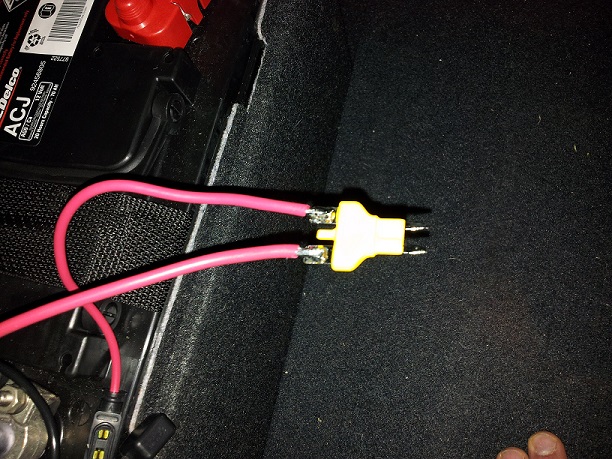 This is where we mounted the BAP

And this is where the fuse socket plugs into the FPCM, right hand side is 12v power source for the BAP, left had side feeds 12v/17v into the FPCM when boost pressure hits 5psi (activated by the hobbs switch in the engine bay). 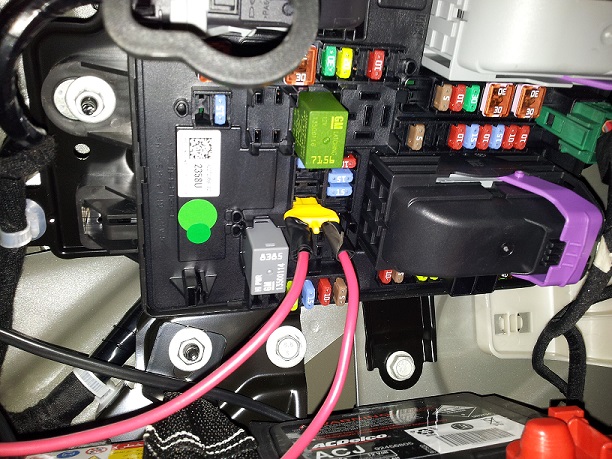 Where do you guys run the wiring into the engine bay? And where is there a boost port on LSA Blower?
Run the wire into the car, under the back seat, over to the drivers side, along the drivers side door under the sill plate, up behind the throttle pedal there is a rubber bung, this bung accesses under the wiper motor, then T-piece into your boost port which is on the front left of the blower casing. 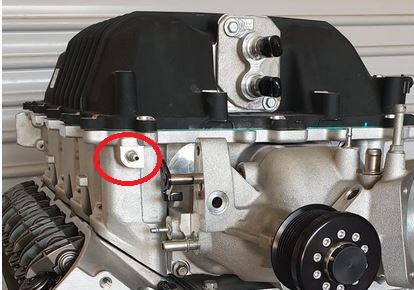 Click on a tab below to learn more about each item.